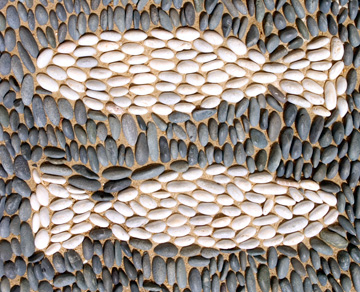 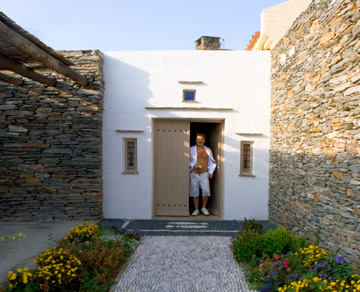 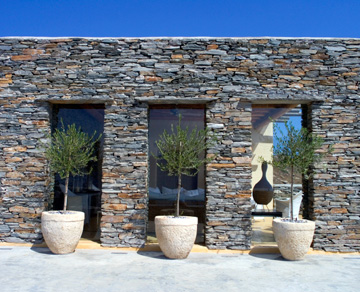 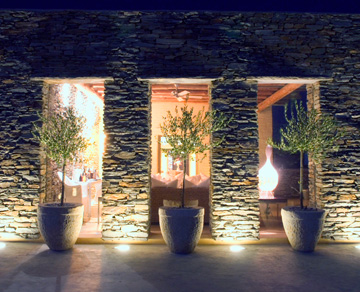 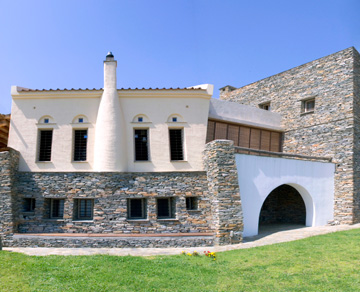 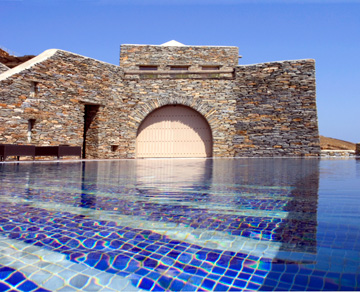 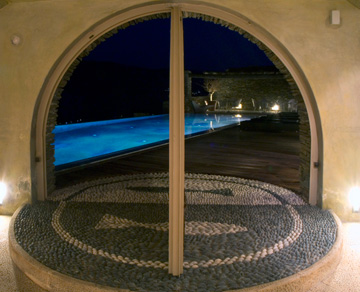 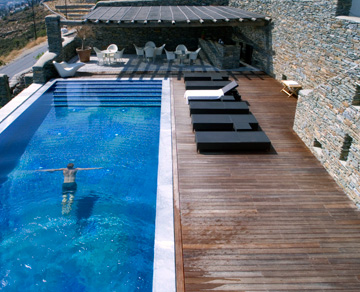 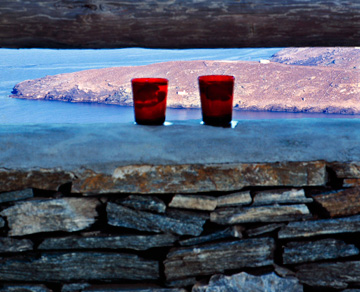 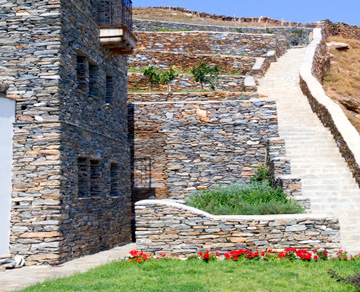 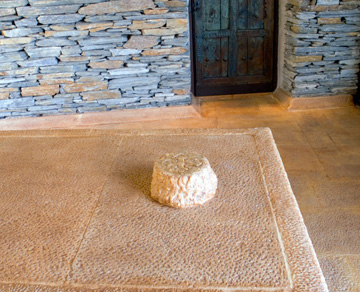 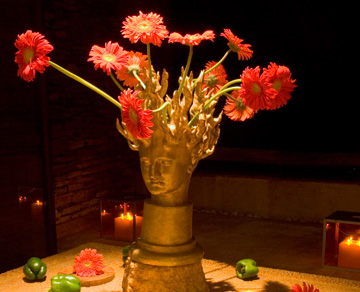 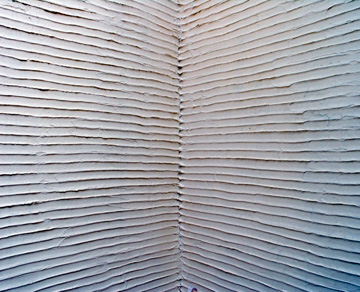 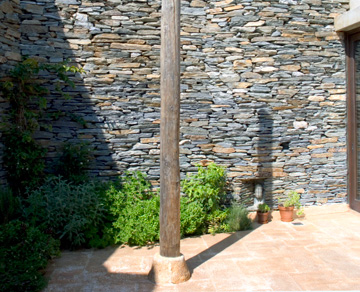 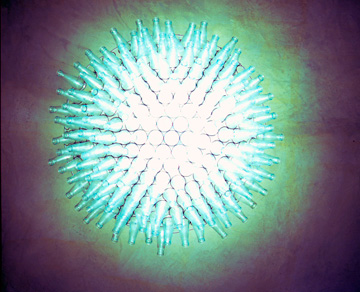 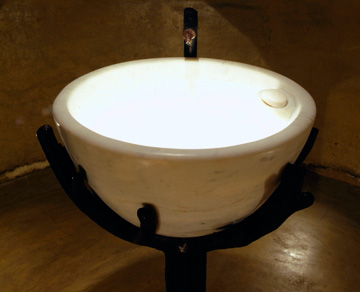 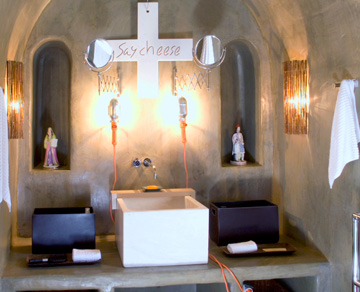 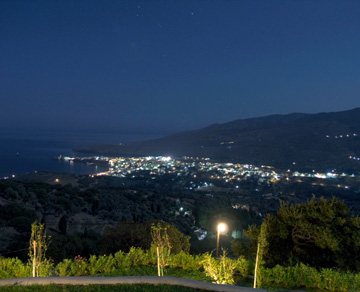 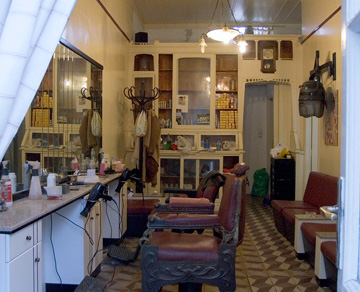 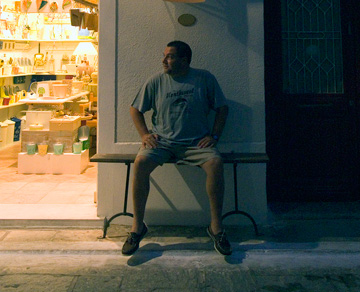 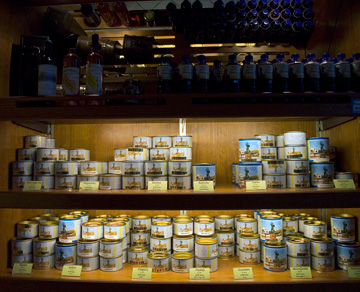 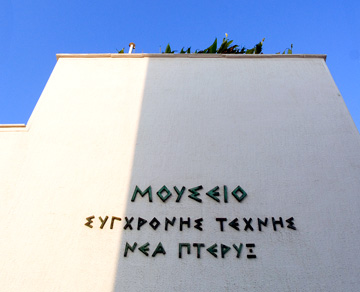 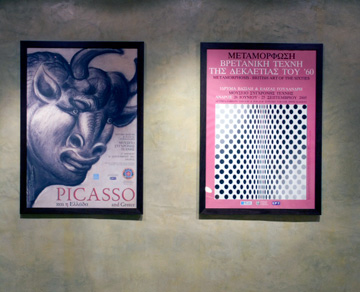 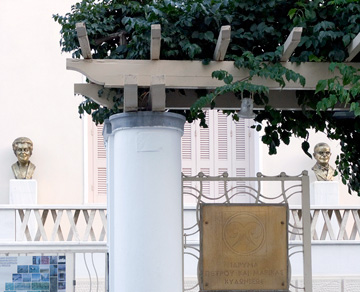 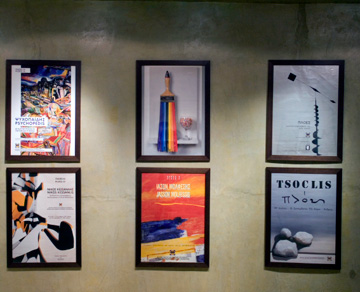 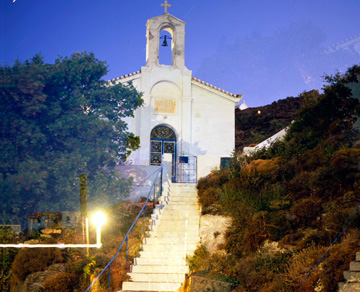 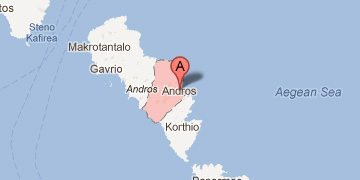 Insightful dialogues regarding tradition, history and the local beliefs, resulted to the conception of these residences, on an island known for its slopes and the narrow cottages, as well as its Byzantine and Medieval buildings (Monasteries, Churches and Towers). DIALOGOI derived from these architectural forms. Looking at these private residences, one can perceive the dialogue between the different buildings. The first one at the lower street level, beside the property's main entrance is inspired by a typical cottage, in contrast to an imposing Monastery gate, which is sited next to it. The central building is oblong resembling a church with a tower house standing next to it instead of a belfry. All these are set to a harmonious dialogue, being respectful to their surroundings and the architecture, history and nature of Andros. A unique landmark of the residences is the two fish swimming in opposite directions that decorate the entrances, made with a traditional technique using pebbles.